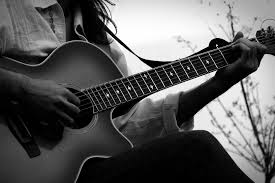 Musicians are often intriguing, popular characters who are well respected for their devotion to their craft. However, it is very common for musicians to have characteristics that they try not to let the public see: mental disorders. Mental disorders are common among all types of artists. The artistic process requires sensitivity, but sensitivity also opens doors to mental illness and chaos. Which influences which – the sensitivity or the disorder – is the chicken or the egg debate. It has simply been observed that artistry and mental disorder frequently go together. The most common mental disorders that musicians are diagnosed with are as follows.

Using controversial substances as an artist or musician is a highly debatable practice that warrants extreme caution. Substance use in the music community is a controversial matter. Some argue that certain substances, such as hallucinogens, can actually enhance the creative process of writing music, while others argue that using substances destroys the creative mind and makes it lackluster. It is an absolute certainty that abusing substances does physical and mental damage to everyone, including artists.

The jury is still out on the use of certain mild substances, but it is the question of moderation and dosage that creates complications. One can cautiously defend the use of certain substances to enhance the creative process. Even ancient cultures celebrated the use of substances such as peyote and cannabis to experience “visions” and enhance mental scope. The topic of permissible drug use is still under much scrutiny and debate in North America, as well as many other world regions. Some studies reveal that cetain hallucinogens, cannabinoids and opioids can actually increase memory and brain function. Many musicians and artists have sworn by certain substances to inspire their creative work.